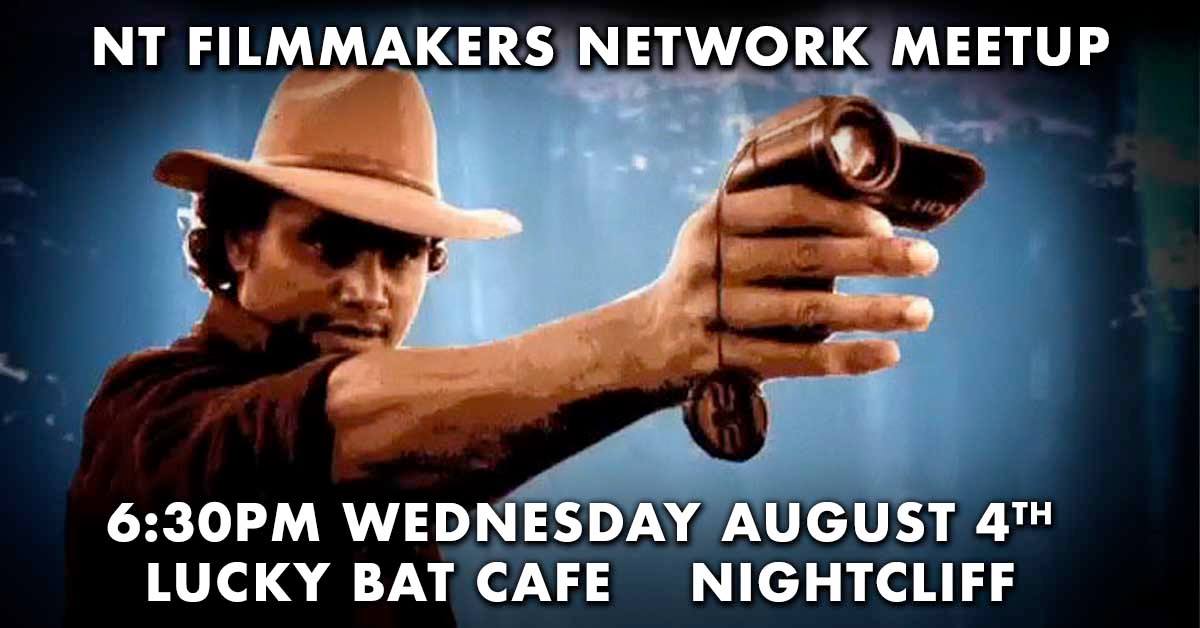 by
185 185 people viewed this event.
Free
FREE event. No need to register you can just turn up on the day.
The NT Filmmakers Network Meetup is an opportunity to meet other filmmakers in Darwin, share recent work and network for future projects. Our first official meetup for 2021 will be held at Lucky Bat Cafe & Pizzeria in Nightcliff and will feature guest speakers and a showcase of recent short films by local filmmakers.
SPECIAL GUESTS:
Come and hear about the FIST FULL OF FILMS SHORT FILM FESTIVAL RELAUNCH. Fist Full of Films is the Territory’s own homegrown short film festival, which celebrated local filmmakers since 1999. After a multi-year hiatus, the festival is back and will be screening the best of NT shorts in November. Festival Director Timothy Parish will attend the meetup and announce the awards categories, upcoming deadlines for getting your short film and short filmmaking workshops over the next two months.
Channel NT Director Rick Knight will speak about the newly launched Channel NT project showcasing artists and creatives from across the Northern Territory. Come and learn about this amazing new initiative supported by the NT Government to support the arts community during the Covid crisis, and learn about the dozens of short videos, documentaries and artist profiles that are launched on the online channel!
Local producer Gareth Benson will be speaking about recent work exploring the possibilities of Augmented Reality. Come and learn about the technology, challenges and opportunities for making interactive media in the real world.
SHORT FILM SHOWCASE
PENANCE by Wilf Watson
In 2020, Darwin VFX artist and animator Wilf Watson was selected as a finalist for the inaugural UNREAL ENGINE SHORT FILM CHALLENGE. Come and watch the final short animation PENANCE created using the revolutionary graphics engine and learn about the opportunities it offers creators into the future.
GULWA – A DANCER FOR ALL SEASONS
Directed by Penelope Paton. Director of Photography. Produced by Phil Denson.
This short documentary explores the relationship with 3 generations of dancers through Larrakia man and Northern Territory dance icon, Gary Lang, a proponent of Aboriginal ballet.
Selected as one of the Darwin International Film Festival’s SPARK short films in partnership with the ABC. Come and hear about Penny’s process of making producing her first documentary for the ABC and how thew SPARK short film initiative works.
GET INVOLVED!
If you are interested in sharing work a talking about a recent project in the NT screen industry please let us know!
Proudly supported by Darwin Community Arts.

To register for this event please visit the following URL: https://fb.me/e/12BE89h13 →